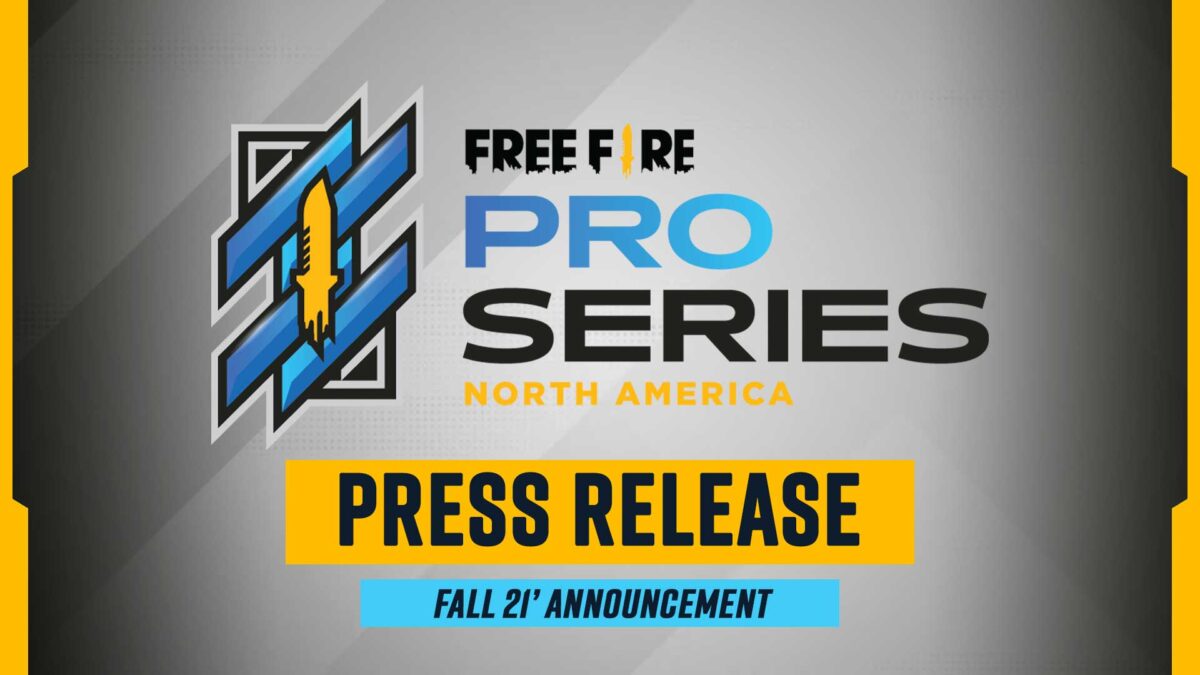 Registration is now open for the Free Fire Pro Series, which will land in North America for players to compete for a slice of the $50,000 prize pool. The Free Fire Pro Series will be Garena’s first official competitive tournament in the region and allow players to compete to be the best in North America and introduce more esports fans to the ones of the world’s most popular games. Over the course of 7 weekends, North America’s best Free Fire players will vie for a spot in the Grand Finals, being held the weekend of December 17, 2021.

Teams can register now at: ffna.gg/register

Along with payouts for the top 12 placing teams, bounties will be in play for more chances to win. Players that earn Most Total Kills, Most Team Booyahs, Kings of Bermuda or any of the other bounties will be awarded a prize bonus for each bounty.

Open Qualifiers can feature up to 144 teams from which 24 Teams will advance to Group Stages, where they will be sorted into Groups and play for points throughout the stage. In the end, 12 teams will advance to the Grand Finals, to be played over 3 days.

The Free Fire Pro Series North America will stream on the Free Fire North America Youtube channel and to guide viewers through fierce competition, a team of talented Free Fire commentators and content creators will serve as casters throughout each phase of the broadcast: