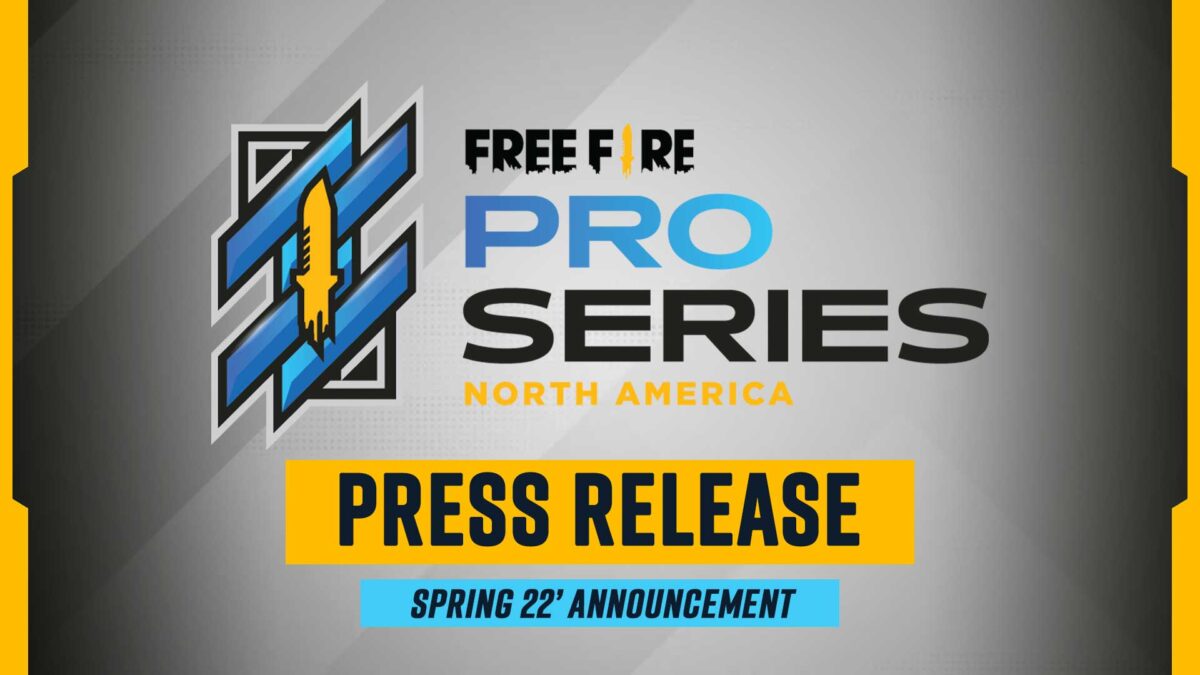 Teams to compete for a share of the $50,000 prize pool, the winning team will represent North America at the upcoming Free Fire World Series, the title’s largest offline global tournament.

The Free Fire Pro Series is returning to North America for the Spring 2022 season to bring together the continent’s greatest Free Fire players to compete for a slice of the $50,000 prize pool.

Over the course of the next eight weekends, North American teams will compete in Open Qualifiers (capped to 192 teams), with 24 winning teams advancing to the Group Stage, with the last 12 teams standing reaching Grand Finals on April 1-3. In addition, the top 12 teams from the 2021 debut Free Fire Pro Series North America will see the top 6 teams receive a direct invite to the group Stage and the bottom 6 teams be placed into the 4th and final round of Open Qualifiers to play in and secure their spots in the Group Stage.

Teams can register now at: ffna.gg/register

Along with payouts for the top 12 placing teams, $4,000 worth of bounties will be in play for more chances to win. Players that earn Most Total Kills, Most Kills in One Game, Most Team Booyahs or any of the other bounties will be awarded a prize bonus for each bounty.