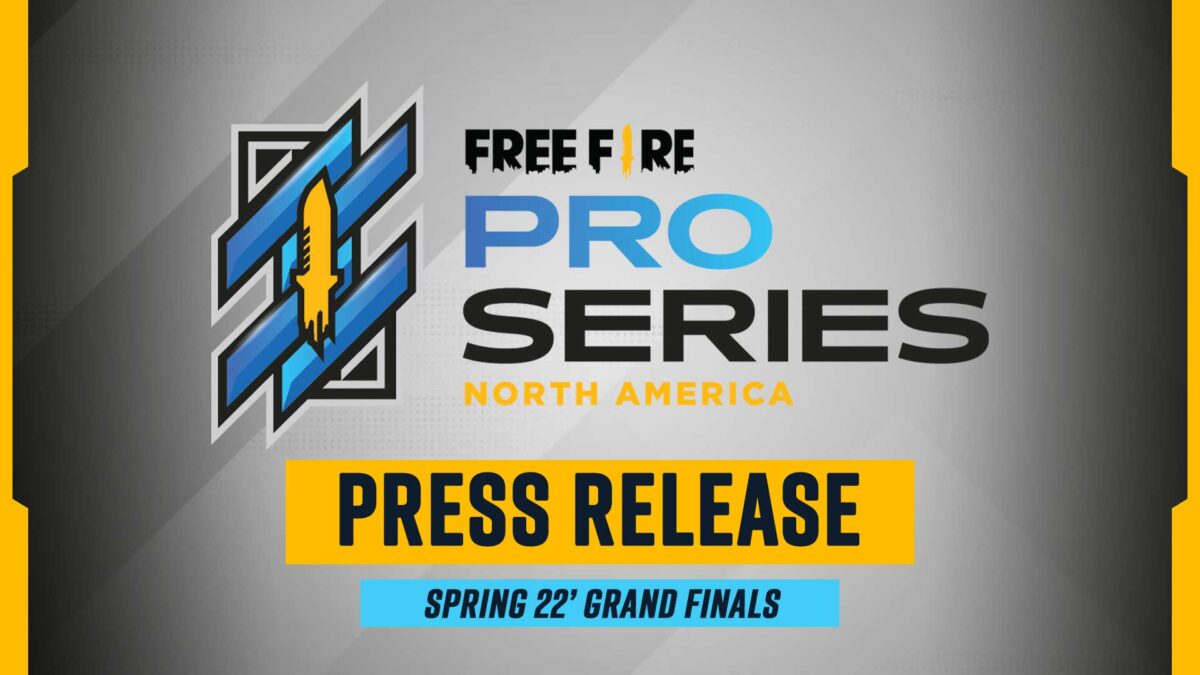 Teams to Battle it Out in Free Fire, the World’s Most Downloaded Mobile Game from Friday, April 1 through Sunday, April 3

Winning Team to Represent North America at the Free Fire World Series in Sentosa, Singapore in May

12 of the most skilled competitive Free Fire teams in North America will convene for the exciting conclusion of the Free Fire Pro Series (FFPS) – Spring 2022 North America Grand Finals, starting this Friday, April 1 through Sunday, April 3. At stake for these elite esports athletes, is a $50,000 prize pool and the opportunity to represent North America in the Free Fire World Series taking place on the island of Sentosa in Singapore this May. These 12 teams represent not just the top North American competitors in the field of   in the Open Qualifiers stage, but also rank as among the world’s best players in the most downloaded mobile game of 2019, 2020, and 2021*. For the winners of this tournament, their next challenge will be to prove their mettle on the international stage at the Free Fire World Series, an event that up until this year has not featured North American teams.

The Free Fire Pro Series  – Spring 2022 North America is a follow-up to Garena’s inaugural FFPS, which took place in March. The Grand Finals will feature three days of competitive matches, with six games per day. Along with payouts for each of the top 12 placing teams, bounties will be in play for more chances to earn a larger share of the prize pool. Players who earn Most Total Kills, Most Team Booyahs, Kings of Bermuda or any of the other bounties will be awarded a prize bonus for each bounty. The prize pool and player bounties will be distributed at the end of day three.

The full list of 12 teams participating in the Free Fire Pro Series Grand Finals is as follows:

The Free Fire Pro Series North America Grand Finals will be streamed live on the Free Fire North America YouTube channel with a pool of talented commentators and content creators serving as casters throughout each broadcast, which will  stream from the following links:

Guiding the viewer throughout the grand final competitions will be a team of talented commentators who will serve as casters and hosts throughout the 3-day broadcast: