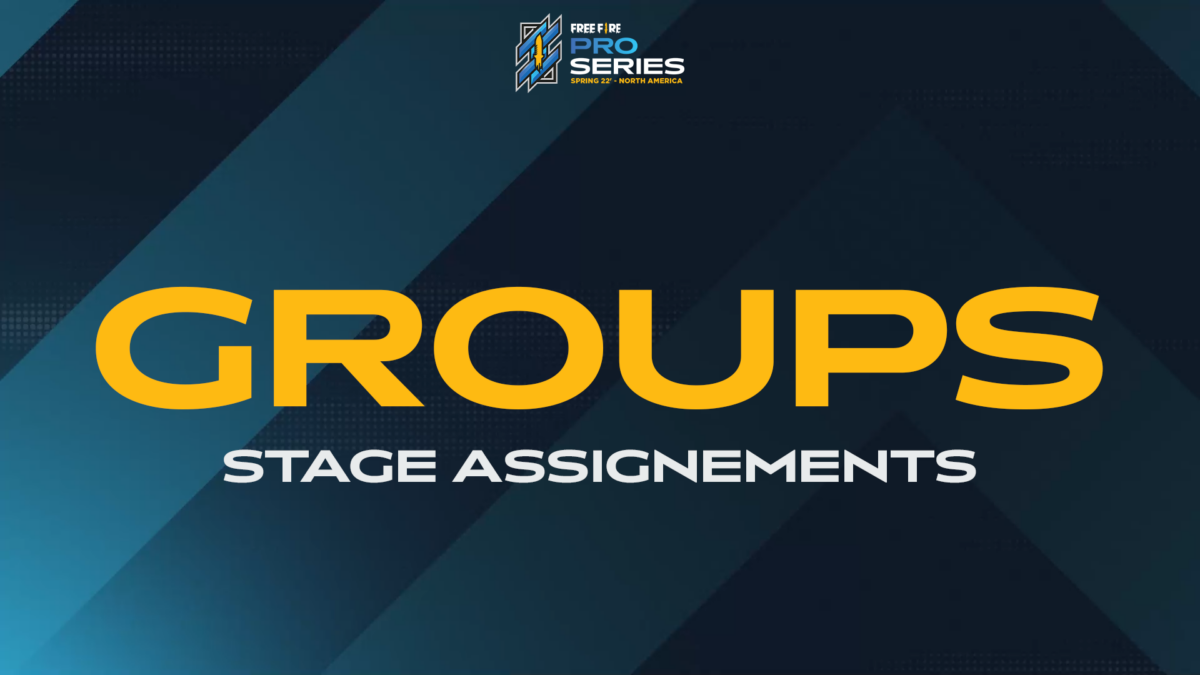 Two weeks down and plenty more to go as we wrap up the Open Qualifiers of the Free Fire Pro Series Season 2! Over the last couple weekends we’ve gone from 192 teams down to just 18. North American Free Fire did not disappoint, with returning squads making huge Open Qualifier runs, newcomers crushing the old guard, and invited teams showing they still belong at the top of the food chain. As we finally prepare for the start of the Group Stage, let’s take a look at what to expect from this stage, and more importantly, where to catch the action yourself!

The Group Stage is where the Free Fire Pro Series kicks into high gear. In addition to the 18 teams from our Open Qualifier, the top 6 teams from the Season 1 Grand Finals will make their return to the Group Stage, bringing us up to 24 contender squads.  These squads will be split into 4 groups of 6 teams.

On each Match Day, groups will face off with against another group in a 12-team lobby for 6 games. Each game will be scored according to our standard point format, where teams are rewarded for their placement and their kills from each game. Groups will be paired in a double round-robin format, where each group will play against every other group twice during the Group Stage.

Starting on February 25th, the squads will have 6 Match Days across 4 weeks to accumulate points in order to qualify for the Grand Finals or the Last Chance Qualifier. Points do not reset between Match Days. Each team’s point total will continue to accumulate until all Group Stage matches are played.

The top 8 teams from the Group Stage will qualify directly into the Grand Finals, the 9th thru 20th placed teams will qualify for the Last Chance Qualifier, and the bottom 4 teams will be eliminated.

Now I’m sure you love stat sheets and recaps as much as we do, but in case you don’t, all Group Stage matches will be streamed live on Twitch and YouTube. You can tune in to watch the action yourself and cheer on your favorite team, as well as interact with the awesome Free Fire community in the chat. The live broadcasts will feature energetic casters and the best in-game coverage in the business.

The Group Stage games will go live at 6:00 PM EST (-5 GMT). And if you miss any of the live shows, you can watch back all of the games on the NA Free Fire YouTube Channel as well as the weekly tournament recaps.

Keep an eye out on the NA Free Fire Twitter to stay up to date with all the FFPS news including the broadcast talent announcement and awesome clips from the live shows.