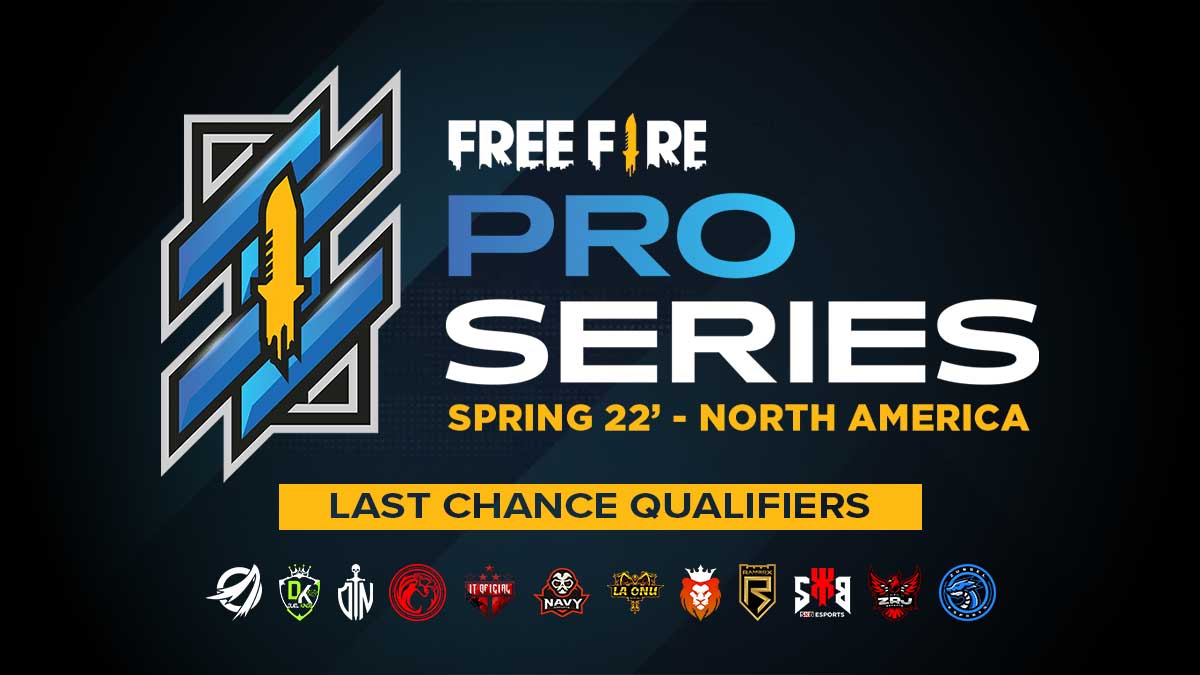 The Free Fire Pro Series is quickly nearing its conclusion. A full 4 week Group Stage has already come and gone, qualifying 8 teams directly into the Grand Final. We have one more weekend for teams to claim one of four slots remaining in the Season 2 final. The Last Chance qualifier will throw our middle-of-the-pack Group Stage teams into a two-day trial by combat, where only the top third will survive and the rest will be eliminated from the tournament. We are pleased to announce our LCQ teams fighting for those final slots!

The Last Chance Qualifier will take place on March 26th and 27th, where the 9th thru 20th placed squads from the Group Stage will battle it out for 6 games per day for a total of 12 games. Their points will be totaled across the whole weekend, using the same score format we’ve used throughout the tournament so far. These teams have already faced off at least twice during the Group Stage, but with groups now dissolved and irrelevant, we will get a mix of all four groups for these stacked lobbies.

We will have 2 representatives from Groups A and D, 3 representatives from Group B, and 5 of the 6 teams from Group D. For returning Season 1 squads we have IT Official, La ONU, R15 Official, SKB Esports, ZRJ, Zundel, and Duel Kings, more than half of the LCQ lobby. Clearly many of these players are hungrier than ever in Season 2, and will have to prove once again that they deserve to keep their tournament runs alive. And there could not be a better Season to turn it up, with a potential Free Fire World Series invite on the line in the finals.

Tune into the Last Chance Qualifier weekend live on Twitch and YouTube, with a fantastic talent lineup that will walk us through Cheer on your favorite teams as they face their final challengers, one weekend away from either finding themselves on the biggest stage of the tournament, or facing elimination.